Frustrated by the inefficiency of administrative councils, specifically in the British civil service, historian and author Cyril Northcote Parkinson invented the theory behind the coefficient of inefficiency in 1955. The coefficient attempts to define the size at which a committee or other decision-making body becomes completely inefficient. Though Parkinson’s attempt was semi-humorous and placed it “between 19.9 and 22.4”, scientists have run tests that suggest the turning point lies at 20 members.

But even meetings with less than 20 people can have varying degrees of success. Parkinson places the ideal number much lower at five people, while Inc stipulates that the “magic number” is seven.

Here’s a quick checklist to help guide teams to the most effective meeting possible for that size.

According to Parkinson, having five or less people creates the best outcome for decision-making bodies. This size is ideal for brainstorming sessions, making difficult decisions, and setting up project committees. The more meetings can be kept under five people, the better.

With boundless possibilities, here are the main things to take note of:

1. Decide if the meeting is better virtual or in person

In an age where every second is precious, getting people to dedicate a solid chunk of time to a single issue can sometimes be a big ask. Are there equally effective alternatives that provide a lesser ask?

Of course, different mediums make sense for different purposes. A quick update meeting, for example, can be done in a chatroom style on tools like Slack or Trello. A brainstorming session, however, is better done in person.

2. Communicate clear actionables before the meeting

Not communicating clear objectives prior to a meeting can disengage the people involved even before the meeting begins. Make sure everyone knows exactly why they are involved and what their role is as soon as you send the invite.

3. Have a meeting leader and agenda

It’s tempting to ditch the agenda and the meeting leader with a group this small, but don’t do it! Having someone to lead the meeting could help keep everyone on track, guiding discussions back to the topic if they go astray. The agenda helps provide checkpoints to see if the meeting objectives are being achieved. The meeting leader is also instrumental in ending the meeting so that it doesn’t drag on longer than necessary.

4. If possible, change things up

Does it have to be a sit-down meeting with laptops out, or can things be changed up? Changing things up, like switching to a walking meeting or banning laptops and phones, could go a long way in improving meeting efficiency.

The biggest threat to the efficiency with a meeting of this size are disengaged individuals who are present but aren’t contributing to the conversation.

1. Have a meeting leader and agenda

Similarly, having someone lead the meeting and a clear agenda will keep everyone on track and end the meeting as soon as possible. Try keeping the agenda projected on the wall, or on a screen by the side, so that everyone can see it at all times.

2. Make sure the meeting is a two-way conversation

More specifically, is it a meeting where only one person is speaking or is everyone meant to contribute? If it’s the former, consider a Slack announcement or email instead. If the latter, then make time for everyone to contribute. The Q&A feature on Pigeonhole Live gives everyone the platform to drop questions and comments on the discussion quickly and efficiently while preventing people from talking over one another.

3. Communicate key documents before the meeting

If there is information required to hold this meeting, ensure that all the information is gathered before the meeting even begins. Don’t use meeting time to scramble for documents and search for information.

Is there any opportunity to keep the numbers to 9 or less people? With 10 or more people, it’s tough to have everyone contributing, so make sure that the people who are there are there for a reason. If they’re doing other work in a meeting, kick them out and sent then the meeting minutes after.

Likewise, don’t shame people who opt out of certain meetings. Unless they are a crucial decision-maker, their absence might do you a favour.

While there is no empirical evidence to support the claim that a healthy adult’s attention span lies between 10-20 minutes, many have attributed TED talks’ success to its short, snappy format. According to TED Talks curator Chris Anderson:

“Why 18? It’s short enough to hold people's attention, including on the Internet, and precise enough to be taken seriously. But it's also long enough to say something that matters."

Be strict with this rule. Set a timer 16 minutes, the way you would warn a speaker that time is running out, and a final 18 minute timer to mark the end of the meeting. It may be a stressful adjustment, but your team’s timetable will thank you for it.

The more people are in a meeting, the harder it is to ensure everyone’s on the same page after the meeting is over. Many people talking over each other could make for a confusing session, and there’s a high chance some people just weren’t listening.

Cut them some slack, and send out minutes after the meeting is over. Having someone assigned to minute-taking ensures that no one drops the ball on it, but doing it on a collaborative platform like Google Doc means everyone can make sure nothing is left out.

Learn more about how to use Pigeonhole in your team meetings here. 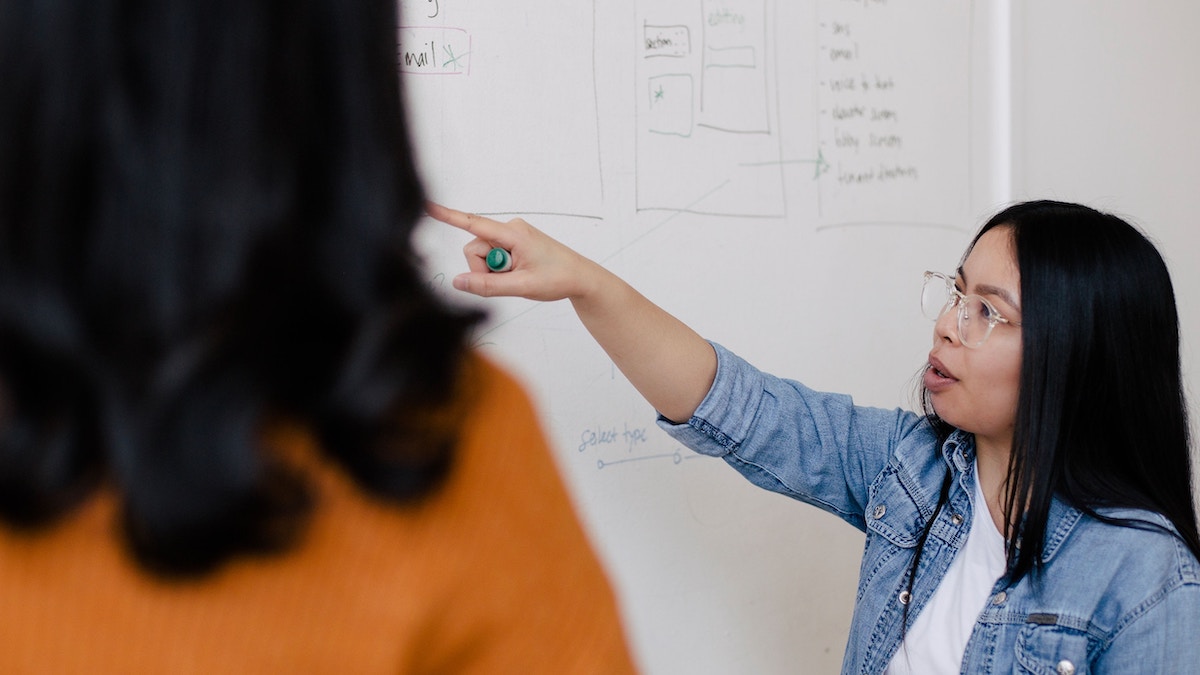 Four Simple Communication Rules That Can Change Your Company Culture