The sound of a potato chip bag. A stifled yawn. Many empty, blank looks. You’ve been to enough online meetings to know this scenario well. Perhaps you were one of those blank faces, perhaps even holding full conversations with other people, going to the toilet, or lying in bed with an AirPod hanging out your ear as your boss droned on.

This didn't happen when you held meetings in real life. People used to take notes, maybe even pay attention, or at least try to. What happened?

Before you lament for a bygone era, remember this universal fact - meetings were always terrible. A Harvard Business Review article in 2017 called “Stop the Meeting Madness” cites researchers who claim that meetings have gotten longer and more frequent over the past 50 years. Executives spend an average of nearly 23 hours a week in meetings, up from less than 10 hours in the 1960s, and this number has likely continued to increase.

While the social dynamic has shifted in online meetings, the truth is that it was a long time coming. Even if you were forced to pay attention during in-person meetings, coerced with the ever-staring eyes of your boss, the fact is you didn’t want to pay attention.

It’s not that meetings have gotten worse, it’s that the new medium has now revealed its flaws.

The method of presenting during meetings are the same, and communication skills people possess are the same online and offline. The biggest difference is that while you used to be forced to sit in these meetings and look interested, virtual meetings just gave you an out. You don’t have to make eye contact with your boss, nod your head at the appropriate times, and write (but truthfully doodle) in a notebook.

Now, you can multitask without being obvious about it. With your mic muted and your camera off, you could lie in bed, eat your breakfast, hit the washroom, all while the meeting drones on.

Well, how can we fix it?

To make a bad meeting good, you need to get to the root of the issue: engagement.

Engagement is the amount of attention someone is willing to give an event. The idea that a human’s attention span is only seven seconds is a myth, especially if you take into account the people willing to binge watch a whole Netflix series in a day. Keeping people engaged requires the content of the meeting to be immediately relevant and useful to every person in the meeting.

Here are the top 5 things to consider:

1. Communicate why this meeting is important

Don’t start the meeting by deep-diving into the content of your presentation. Start by talking about why it is important. The purpose and objective of the meeting should be clear, so that people will stay on point and also end the meeting when the objective is achieved.

2. Could this have been an email?

This is an ongoing joke amongst many working professionals, but it is rooted in truth. Many meetings don’t have to take place if the information provided during those meetings can be shared by other means.

The limitation of this joke is that it assumes emails are the only option. If you’re more comfortable speaking than writing, consider video tools like Loom that allow you to record your presentations and share them internally. This allows stakeholders to watch the video in their own time. You could also just record a simple voice memo, or send a message. Technology is here to serve.

The reason why so many meetings are inefficient is because of the lack of preparation behind it. A lack of meeting agenda doesn’t just result in a directionless meeting, it prevents attendees from being able to prepare for the meeting beforehand. For instance, problem-solving meetings would go much smoother if attendees had ideas prepared, and could use those ideas as jumping-off points for new ideas to be generated during the meeting.

4. Have a two-way conversation

Often, meetings end up being a one-way street - one person speaking while others listen with no way of contributing. As in usual conversations, when one person (or a select few in a larger group) dominates the conversation, the other parties will quickly lose interest.

To keep everyone in the meeting interested in what is going on, give everyone an equal opportunity to speak up. Keep meeting groups small to ensure everyone has a chance to speak up, and use a Q&A or polling tool to capture everyone’s thoughts, ideas, and concerns.

You can also help encourage engagement by providing intentional cues. By being upfront with the kind of input you’re looking for in a meeting, you avoid awkward pauses and make the meeting go more smoothly.

As written by Erika Andersen in Forbes:

People can’t respond well (and most often won’t respond at all) if they don’t understand what you're looking for when you ask a question. Before bringing up a topic to your folks, stop and think, “Why am I asking about this?” And then share the answer to that question as your set-up in the meeting.

Don’t just let the conversation drag on and end abruptly. Give the meeting the closure it deserves. Meetings ultimately feel more productive if they end on a right note, leaving attendees feeling motivated and accomplished. Paul Axtell writes that at the end of every meeting, you need to check for these five things:

Also, leave unstructured social time for the end of the meeting, not before. Working remotely can feel isolating, so allow attendees some time to chit-chat and connect with each other after the meeting has ended, so that it doesn’t delay the actual meeting and people who need to rush to other meetings or tasks can choose to leave.

So before you start blaming unproductive meetings on the video call format, consider the content of the meeting first. When the content of your meeting is effective, interesting, and engaging, the medium in which that meeting takes place won’t matter as much anymore. 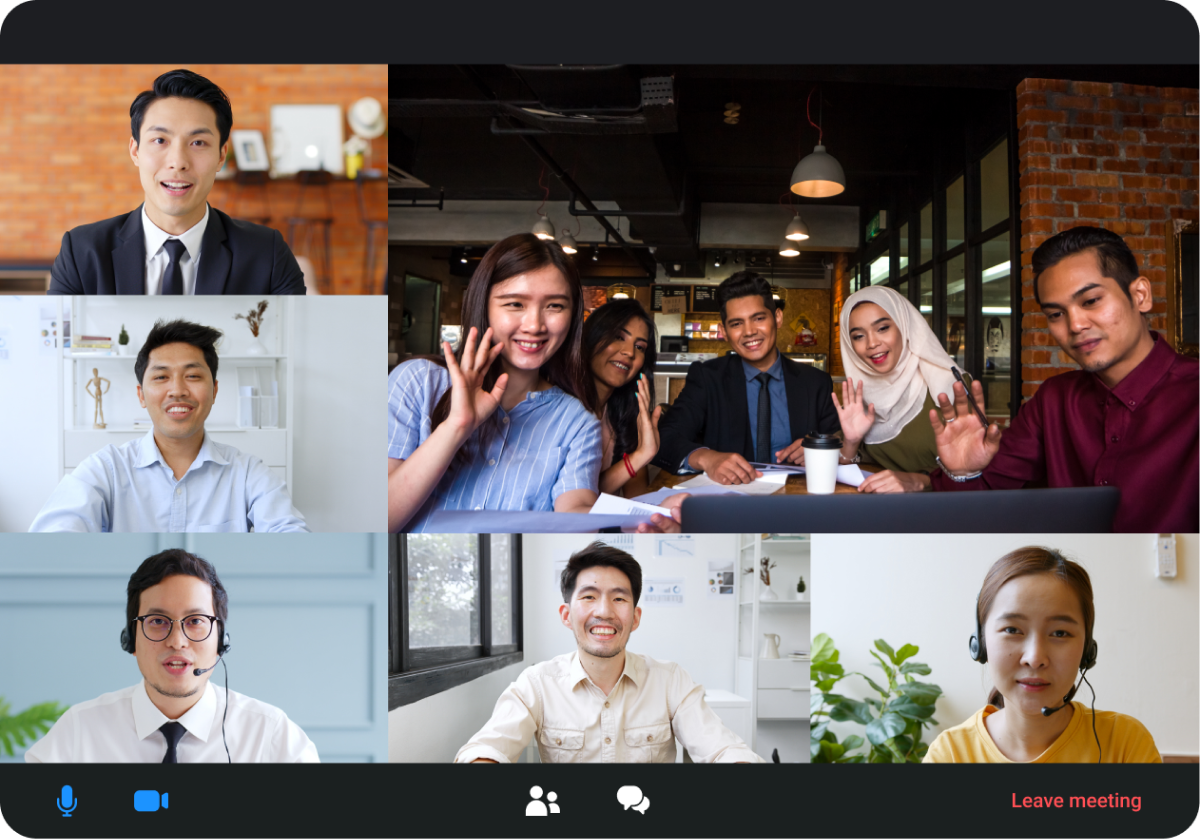