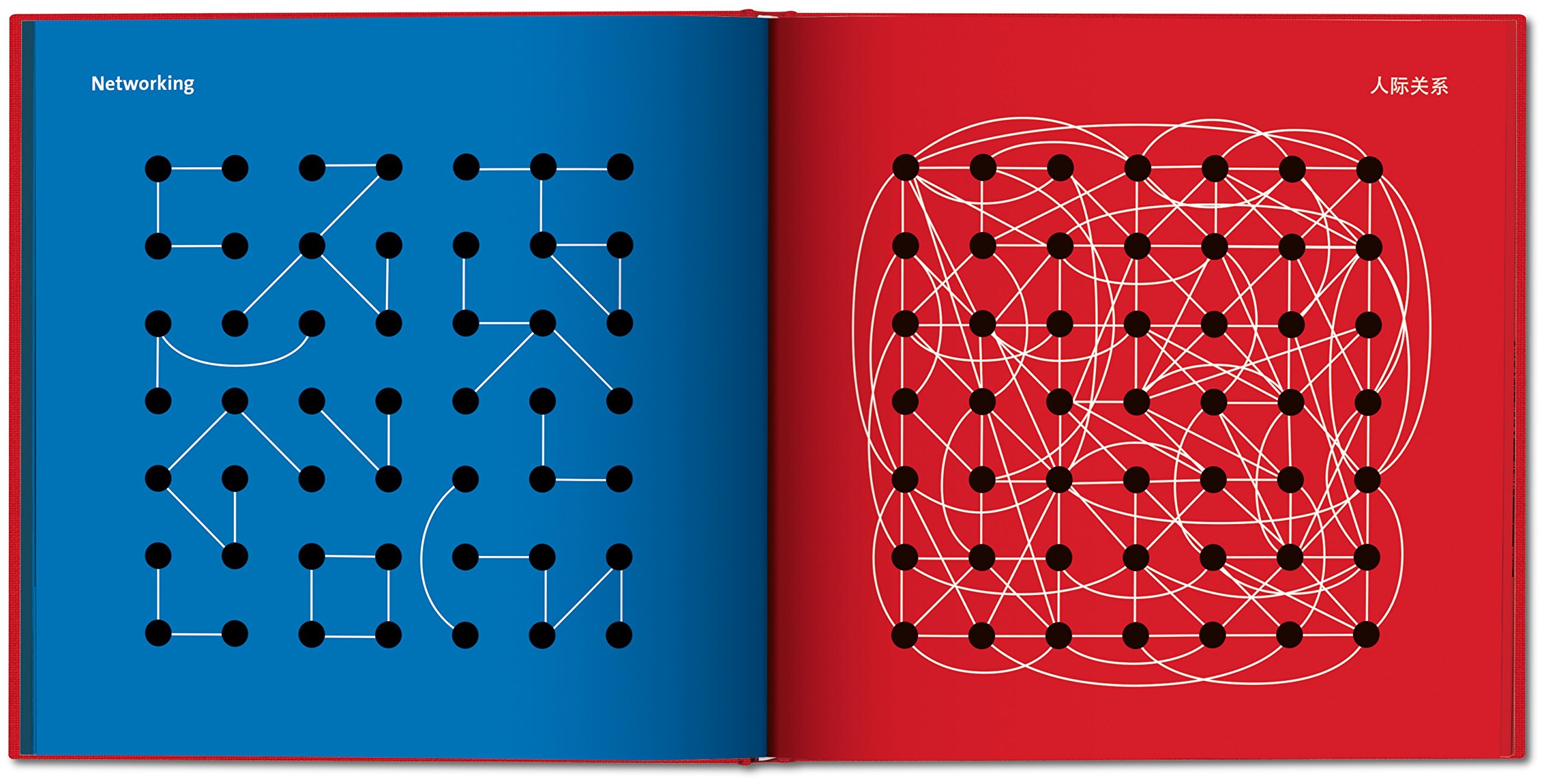 These differences between eastern and western cultures demonstrate a very real truth: people who grew up in different cultures communicate in very different ways. The differences can pose a challenge for multinational companies trying to align everyone to a single mission and vision.

With global strategies taking precedence in the future of work, it is imperative to understand how different cultures communicate in the workplace and how to adapt to those differences in day-to-day events. 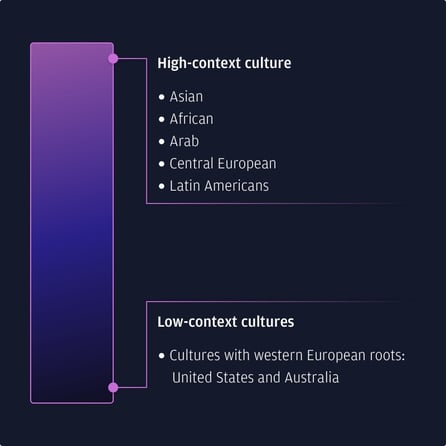 Not understanding whether your workplace communication style is high-context or low-context could cause a lot of problems. An American and a Chinese, for example, would take-away a different message from the same conversation.  Not recognising the difference in styles could be cumbersome in building relationships, agreements, and even providing feedback. An American manager would feel comfortable answering a question asked at face value, but a Chinese manager would prefer to take into consideration information left unsaid, such as the team that this person works in, their proximity with the issue, and any underlying problems associated with their question.

Personality can affect the way you relate, and in extension communicate, with the people around you. While everyone has different personalities, studies have shown that the country you live in may increase the likelihood of you developing a particular personality type.

The most widely used model for personality - the Big Five - is explored in an extensive 2005 study by Robert McCrae and 79 collaborators around the world. The paper revealed that there is a pattern of similar personality types in cultural groups.

For example, Brazilians, French-Swiss, and the Maltese are the most extroverted while Nigerians, Moroccans, and Indonesians ranked as the most introverted. The average Indonesian worker would feel more comfortable giving feedback in one-on-one conversations but might struggle to speak up in a group setting where the average Brazilian would thrive.

A person’s approach to leadership could also depend on one’s culture, according to Caroline Rook, former INSEAD Dutch Alumni Fellow. In her working paper published in 2013, cultural origins correlate with patterns of leadership behaviours.

For example, leaders from South Asia are rated higher in their ability to develop and articulate their vision of the future, while those in the Anglo-cluster would be ranked lower. Leaders in East European countries are likely to be ranked higher on average for empowering employees and tenacity.

So what does this mean in communication styles in those regions? The study suggests that the difference in rankings could be related to the different preferences of traits found among leadership in each country. For example, South Asian leaders might rank higher in visioning because there is a higher expectation for that leadership trait in that region. A manager moving from Australia to India will be expected to communicate their plans for the company more than they did before.

Similarly, tenacity would be valued more in leaders in Eastern Europe than in Confucian Asia. A Chinese manager moving to Eastern Europe will struggle if their employees view them as too risk-averse.

The rules of emotion

Psychologists have discovered that each culture possesses a different set of rules around showing emotions at a workplace and even in their personal lives. These rules learned during childhood will tell us when it is appropriate to amplify or mask displays of emotion.

Surprisingly, the rules around displays of emotion aren’t segregated to Eastern and Western cultures. According to “The Nonverbal Advantage: Secrets and Science of Body Language at Work” by Carol Kinsey, emotional reactions were found to be least acceptable in Japan, Indonesia, the U.K., Norway, and the Netherlands – and most accepted in Italy, France, the U.S., and Singapore. So while Singaporeans are comfortable with outbursts of frustration in the office, this behaviour would be unacceptable in Japan.

What does this mean?

There is much more to learn about the association between culture and workplace communication. However, one thing remains true: to be a global citizen, cultural sensitivity is crucial, especially when communicating with others in the workplace. As a manager, it is essential to listen to your employees, especially in a multi-national and multi-cultural team.

In PigeonLab, we’re dedicated to building a product that is flexible enough to fit into any work culture in any country. As a result, we have successfully enabled meaningful conversations in over 80 countries. Find out more about how you can adapt Pigeonhole Live to your needs here.