When was the last time you said thank you to your employees?

As a leader, it's easy to get swept away by day-to-day tasks and forget to show appreciation for your employees. But when you neglect to recognise your team's work, verbally and visibly, you open up opportunities for valuable members of your staff to feel unappreciated and unhappy.

Why is it important to recognise the efforts of employees’ work?

Employee recognition can do wonders for their engagement. A study conducted by KRC Research for OGO found that 40% of employed Americans say they would put more energy into their work if they were recognised more often.

While most people may find pay raises a motivating form of appreciation, the same study by KRC Research found that six in 10 employed Americans are more motivated by recognition than they are money. A study by Gallup also revealed that 95% of employees believe that culture is more important than compensation.

So how will I know the best way to show recognition?

Just as there are five love languages, there are also many different ways people want to be appreciated. Before you decide to throw an employee appreciation party, sending a quick poll first.

There’s a misconception that an unexpected show of appreciation is always the best way, but that isn’t always the case.

Asking a question like “How would you like to be shown recognition for your efforts in this company” can be eye-opening and save you a lot of grief in the long run.

A fun exercise to try out:

Here at Pigeonhole, we decided to try out a new exercise to boost employee engagement and also to show recognition for the unsung heroes in the company. Ahead of our regular weekly all-hands meetings, we sent out an open-text poll to nominate other team members and their contributions to the company.

The contributions had to include:

The poll encouraged everyone to think of who they appreciated in the company. Those who didn’t want to contribute had the option of just voting for the nominations they agreed with.

The response was incredible. As cheesy as it was, we took 10 minutes during the all-hands meetings to just read out all the submissions and applaud their nomination. Some were funny, while others were serious and sincere.

We even had an MVP: Ping Ting from our Design Team received three separate nominations and were all highly upvoted.

Giving feedback is hard, but sometimes praise can be difficult too. By allowing for anonymity, all employees felt comfortable giving recognition to people in different teams, even to the managers.

Feel free to try our exercise with your team and let us know how it goes, explore other recognition exercises, or do it the old-fashioned way: walk up to someone and give that recognition personally. A simple "thank you" is never unwelcomed. 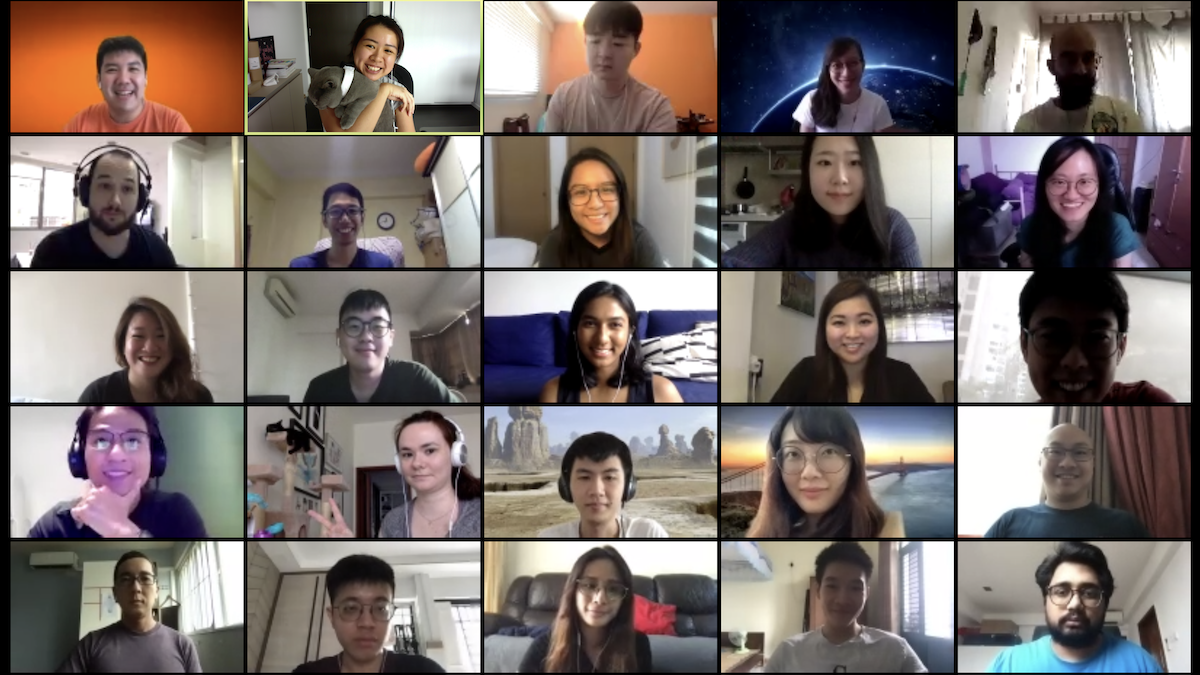 How to Throw a Remote Birthday Party with Pigeonhole Live